“Carmen Amaya is considered by many to be one of the greatest flamenco dancers who ever lived giving her own definition to the art of flamenco.”

During the peak of her career in the 40’s and 50’s, Carmen was an international cultural icon who combined fury with tenderness—a wild, exotic woman with the fierce pride of Spain and the uncontrolled vagrancy of the Gypsy spirit.

Carmen Amaya’s career began at the age of four and throughout her childhood, she performed alongside her father in the taverns and music halls of Barcelona. By the time she reached her teens, she was on her way to becoming an international success, having received accolades from audiences in Madrid and Paris. With the outbreak of the Spanish Civil War in the 1930’s, Amaya traveled the world and achieved her greatest fame in the Americas, mesmerizing audiences from Argentina, Brazil, Cuba, to Mexico and the United States. Fueled by romantic images of Spain, exotic gypsies, toreadors, and dons, the North and South America fell in love with Carmen Amaya–the embodiment of Spanish pride and passion. She made films in Hollywood, appeared on Broadway, danced for Roosevelt and Churchill, and toured the world–often accompanied by the great guitar virtuoso, Sabicas. And though she triumphed on stages all around the world, she always remained true to her Gypsy heritage. Throughout most of her performing life, her huge company was made up almost entirely of her extended family, and they traveled together in the traditional Gypsy way, sharing their luck as well as their hardships. And hardship indeed fell on Carmen Amaya. In 1963 at the age of 50, she died in her native Barcelona of kidney failure.

Flamenco today is deeply indebted to Carmen Amaya. Through her artistry and virtuosity, she effectively altered the history of flamenco dance forever. She crossed the traditional boundaries of flamenco by teaching herself the fast and furious footwork usually reserved for the male dancer. Donning a man’s pants and jacket, she skillfully combined the elegance and grace of the female style with the ferocity and high-impact footwork of the male style sending shockwaves through the flamenco world unaccustomed to seeing a passionate and powerful woman in pants dancing a man’s dance. Today, her legend lives on. The influence of the proud and passionate Gypsy woman taking her art to its limits is visible today in her great-niece, Omayra Amaya. 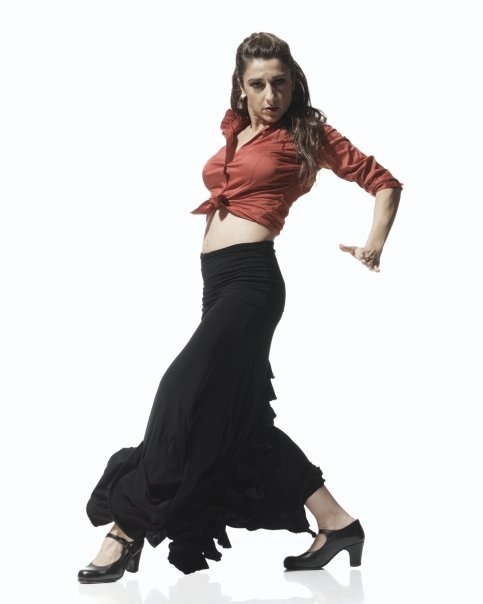